It's bound to happen.  In fact, if it doesn't happen, you're not trying hard enough.  I'm not talking about the eventual publishing contract that comes with a suitcase full of money and promises of questionable moral fiber. I'm talking about that little thing that comes before. The little thing that can destroy your self esteem, cripple your ego, and make you wonder if this "writing" thing is ever going to happen:  Rejection. And, like it or not, it's just a part of life for whatever kind of writing you do.  So today, we're going to talk about rejection, how to deal with it, and what it means to your career.

It has been theorized that a writer must get about a thousand (feel free to add a few zeroes to that number) rejections before ever getting an acceptance. And, unless you're insanely lucky, it holds true. The process goes something like this:  Write the novel, be certain of its ability to make you rich and famous, send it out, wait three months (or more), then get back the rejection and watch your certainty slip just a bit. Lather, rinse, repeat. When the rejection comes in, you read it, then you go through every stage of grief possible.
Again, lather, rinse repeat.

Guess what... You're not alone. So far, I've had thirteen books published. That sounds like a lot, but really, it's been mostly through micro presses and smaller presses. But before that, i got my share of rejections. And I saved them all.
Of them all, I've gotten some really nice letters, some pretty nasty letters, and even a few about which I was certain the sender got me confused with someone else.  My favorite rejection to date was on a torn scrap of paper one inch wide with the word "nope" scrawled on it. Yes, someone actually spent postage to mail me that. Thirteen books later, I still get rejected.

So how do I deal with it, Uncle Scott?
The short answers are "The best you can" and "With grace." It's easier to talk about what not to do than what to do.  For starters, you don't quit. If you quit, you won't get the acceptance that you're after. You keep writing, keep improving, and keep trying to write that novel that will put your name on the shelves of bookstores. Second, you don't log onto social media and pitch a wall-eyed screaming crying fit. Oh sure, you can pitch a fit, but not where anyone can see you. It's okay to be hurt or angry, but what isn't okay is taking it out on anyone.  If you go throwing a fit, believe me, someone's going to catch wind of it, and it will get back to your agent and/or the publisher.
But here's the thing... Read the rejections and see if you can get something out them. Take, for example, the latest rejection I got for my new manuscript, Ungeheur:

Thanks for sending UNGEHEUR by Scott A. Johnson. I’ve had a chance to read it, and I’m afraid I’m going to have to pass. I thought the writing was sharp, and I liked the mounting suspense, but I felt the plot was too standard, and I didn’t think it did anything different with the genre. I also would have liked more backstory on the creatures to elevate them beyond simple monsters.

This, sent by my agent. So what can we glean from this?  First, this editor thinks my writing is sharp. That's a positive. The editor also liked the mounting suspense. Another positive!  Okay, so there were a few negatives, but this is constructive criticism, and it'll do nothing but make me better if I follow the advice and try to get something published with the same editor, but if I focus on the positives, I actually feel pretty damned good about this rejection.
Of course, a lot of rejections that people receive are form letters. Most agents get personalized responses. But when you do get a personalized response, first, focus on the fact that it's personalized. That means that the rejector took the time to write something out. That's a positive. Then pour through it to see if there are any positive notes that you can use. And, whatever you do, don't quit writing. Keep going, and learn from every rejection.  Hone your craft.

But Uncle Scott, what does rejection mean to my career?
Honestly?  Not a damned thing. I mean, it means you're trying, but other than that, nothing. Want to feel good about your writing?  Take a look at this list of folks who were rejected numerous times:
The list goes on and on. You've been rejected?  You're in good company. Look, writers number in the millions.  And there just aren't that many open slots for a new book at any given time. So the absolute best thing you can do is look at the rejection for what it is, and just get over it.  Move on.  Send that manuscript back out, get back on your horse, and start writing the next book.

Posted by Scott A. Johnson at 8:31 AM No comments: 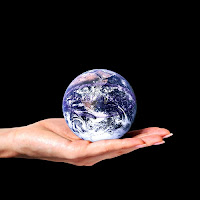