Shy Grove and Self Publishing - Part I 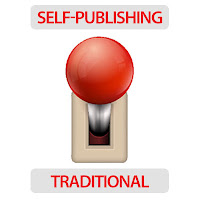 Last year, I enrolled in an MFA program in Publishing and Writing Popular Fiction through Emerson University in Boston. My first two semesters (summer) went exactly as I thought they would. Literature courses, things of interest, and processes that would turn me into a more well-rounded writer. I went into the program without illusions and without thinking I'd be the most published person they'd seen (hear me roar). Rather, I went into it trying to find out where I was weak, where I could improve, and where I could grow.

Then the third semester hit. This was the semester I both most anticipated and most feared. See, it was the first one where work of my own would be thrown into a ring for open critique, a thing I've not had the luxury of in years. So what if there was another course on... lemme see... Book design? What the hell is that?

Turns out, it's exactly what you think it is. We were to take a manuscript (ours or someone else's) and build the publishable book for it from conception to completion. I've done similar work before, but never like this. About a month in, it occurred to me that, at semester's end, I'd be about a gnat's whisker away from having a publishable manuscript on my hands. Should I self-pub it? Or not?  Those of you who know me know that I've always been a vocal proponent of taking the traditional route (except on Droplets, which was extreme circumstances which I'm not getting into here). But the stigma of self-publishing has largely gone away in recent years, so I decided why not? I have two completed manuscripts that my agent (through no fault of her own) couldn't place, and they're doing no one any good just taking up space on my hard drive. What do I have to lose?

So here, then, is the process I went through with this new journey into self-publishing. There'll be several parts to this, so stick around for a while.

Step One - The Manuscript

Right. The first step to self-pubbing anything is to actually have something to self-pub. For me, I had two possibilities:  Shy Grove: A Ghost Story or Ungeheur. The first one is, as the title implies, a ghost story. It involves supernatural elements, possession, religious cults, dead babies, and a holy gang-bang. I can't imagine why any publisher would pass on that. The second is monsters that eat a small town. It features gore, depression, sorrow, sexual frustration, strong women, and monsters. Which one to pick...

As you can guess, I chose the first one. Shy Grove: A Ghost Story clocked in at 81,000 words (novel length by any measuring stick) and had lots of positive feedback from publishers, with one telling me that they'd have taken it in a heartbeat, but they were squicked out by dead babies. Fair enough.

Once you get the manuscript chosen, it's a good idea to have your beta readers (you have those, right?) give it the old once-over to try to catch any and all of the nastiness that your mind didn't catch on your last read-through. Things like missing words (ahem), misspellings, punctuation errors, etc. Then it's time for your first big decision.

The big question at this step is: what size do you want your book to be?

"What do you mean? Book sized!"

Right. But that's not how that works. Go to any bookstore and have a look around. Books come in all shapes, sizes, covers, etc. So how big do you want it to be? Didn't think about that, did you? Createspace, Amazon's self-publishing service, offers fifteen different sizes of books, all of which are available for you to use. You could have a book that's the size of a sheet of standard copying paper, or you could go all the way down to 5" x 8." It just depends on how you want your book to look. How much shelf-space do you want it to take up? Do you want it to fit in a back pocket? Do you want it to dominate whatever coffee table upon which it sits? Think hard about this step, because it only gets harder from here.

For me, I chose the 5"x8" option. Why? It doesn't matter. What matters is that's what I wanted to do, and you can make your own decisions on how big of a book you want.

Next blog, we'll discuss the fascinating, frustrating, and fun job of designing the cover!

See you next time!