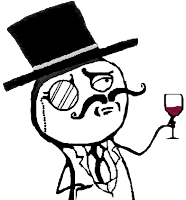 Just because I'm a writer and have been published doesn't mean I don't make mistakes.  I do.  I make 'em all the time.  In fact, some of the worst mistakes I make in writing, I don't even see until someone smugly points them out to me.  Usually, that person is one of my current or former students, and more often than not they are pointing out a mistake for which I've beaten them about the head and shoulders.  So I'm not perfect.  In fact, if it weren't for beta readers and editors, a great many writers would never make it to print.  What I want to do, however, is point out a few of the most common mistakes with the hope that you will learn to avoid them.

Had - Had is bad.  I've typed that phrase over a thousand times.  Several professors questioned me on it.  But I stand by it. "Had," when used in anything other than the indication of former possession (he had a ball, but now he doesn't) or distant past is just plain wrong. Here's the thing... If you're talking about something that happened just moments ago, "had" doesn't work.  It's not the word you want.  "He had come into the room" vs. "He came into the room."  See the difference?  The first one was an example of something he did repeatedly over a long period of time.  The second one, he walked in just a moment ago.

Excessive Adverbs - We've all been told that adverbs are just a way of defining a verb.  He ran quickly or whispered softly or screamed loudly.  the problem with adverbs is that they're largely superfluous, and they are perhaps the most overused part of speech since the "had."  To wit:  How does someone run?  Quickly.  Do you know anyone who runs slowly?  Okay, yes, some people do, but the expectation in the written form is that, if a character runs, he's doing it quickly, thereby making the word "quickly" superfluous and redundant.  Of course there are exceptions, but they apply when something happens that is out of the norm.  For example, "He ran slowly.   In this case, slowly is not the expectation, so it's necessary.  You also run the risk of what we used to call "Tom Swifties," which is an adverb that so mimics the meaning of the verb it modifies as to render it superfluous, but comedically so. For example, she sang musically.  Well... Yeah.  Singing is, technically (in most cases) musical. If it's not, there's something wrong with your character's singing voice. "I don't know where we are," said Tom lostly.

Right or Left - Who cares?  Does it really matter whether a character's right or left hand is the one that got slapped?  Do we say that when we speak?  Do we say "I hurt my right hand?"  No, we don't.  Right or left, it doesn't matter.  What matters?  Hand.  I hurt my hand.  I got hit in the temple.  I put the keys in my hand.  He stepped on my foot.  See?  Right or left, who cares.  It's a superfluous piece of information that really does nothing more than muddy up your writing.  Unless there's a specific purpose for the mentioning of right or left, leave it out.

You - When you write, typically, you're writing in 3rd or 1st person.  And as such, the reader (or the audience) is stuck behind what we call "the fourth wall."  This is the invisible wall that is removed so we can get a glimpse into the lives of characters that sit in that three-camera set-up of sitcoms.  If you don't know what I'm talking about, go watch an episode of The Big Bang Theory.  See how we only see the apartment from one side?  Ever wonder what's on that 4th wall?  The audience, that's what.  So when you, the writer, use the word "you" (as I'm doing here frequently), it should only be done when directly addressing the reader.  In theater, this is called an "aside."  In literature, this is known as "annoying" and "distracting."

Starting - More often than not, I come across statements that say "he started to run..." or something of the like.  Perform an experiment with me.  Start to run. No really.  What you'll see is that there is actually a moment between not running and running, but "starting" to run is nothing but intention.  There's no movement there.  So if someone "started" to run, I'm left to wonder what stopped him.

Distancing and Filters - Look, I get it.  We all want the reader to know what our characters saw, felt, heard, etc.  It's called description.  But we also want the reader to become thoroughly absorbed in the story, right?  So writers tend to use filters.  "He saw," "She heard," "they knew..."  They're all sensory of one sort or another.  But here's the thing:  Every time you use one of these, you're reminding the reader that "hey... You're reading a story, and being told the story second hand."  There is a way to draw the reader in further, to deepen the POV:  Remove the filters.  Consider the difference:  "He heard birds sing" vs "birds sang."  In the first instance, we are told what he heard.  But in the second, we are there with him.  We hear it when he does.  We know what's going on.

Your vs You're - Again, easy.  "Your" means possession.  Something that belongs to you.  Your ball, your bat, your nervous breakdown.  "You're" is a contraction which means "you are."

There, They're, and Their - I see this one butchered all the time, and, frankly, it pisses me off.  Someone wasn't paying attention in junior high school.  So for those who still haven't grasped it, "there" is spacial.  "Here or there," "go over there," "what's that over there."  "Their" means "belonging to them."  "Their car."  "Their rugby team."  "Their funeral costs."  "They're" is a contraction which means "they are."  "They're going to murder me when they find out what I've done with their schnauzer, which a buried over there."

So there you have it.  Ten of the most common mistakes I come across in creative writing classes.  There are more.  Sooooo many more.  But these are the most common, outside of basic grammar and punctuation (which are for a whole 'nother blog).  Hope this helps someone.
Posted by Scott A. Johnson at 1:13 PM 1 comment: