Getting Back on Schedule

Every writer in the world has moments of doubt, moments of "but I don't wanna," moments where life interferes.  It's often very easy to slip back into the lethargic comfort of the couch-and-television world and bury the head in a never-ending deluge of Chuck Lorre and laugh tracks.  The trouble is, once  you do it, it gets harder and harder to detach the butt from the couch and return it to where it belongs:  The writing chair.

Believe me, I know.  It's been almost two years since I've written a word.  Imagine that for a moment.  From someone who had thirteen books published in ten years to not a single word written in almost two.  You can imagine the hell of trying to get back on track. 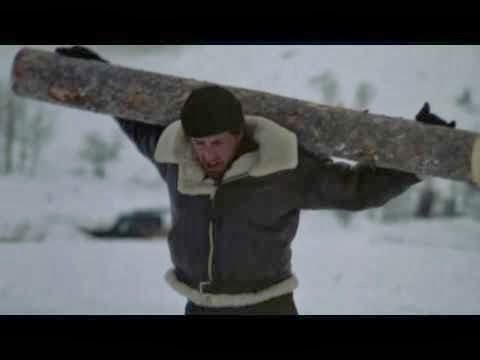 If you don't know, 2012 and 2013 were the worst years of my life.  In 2012, my wife was diagnosed with cancer, and I just quit writing because I couldn't concentrate.  I was so concerned with caring for her that the creative muse just wouldn't come.  Actually, my wife was my muse, so there's that.  Then in 2013, my wife's father died, then my uncle dropped dead of a heart attack, then my wife passed.  Less than four months later, my mother passed unexpectedly.  You could say I took a beating.  But that's not the point of this post.

A wise man said:  "A writer who waits for ideal conditions under which to work will die without putting a word on paper." (E.B. White)

To me, writing is an exercise of the soul, a big part of the definition of who I am.  To deny that is to deny myself.  So it's time to get back to work. Which brings me to the point of this post:

You need a routine.  You need to set a goal.  You need to reach that goal, come Hell or high water.  If this is a real passion for you, and not just some hobby, you need to make this a priority.  Here's what my schedule is:  When I'm working on a project, I write 1000 words a day.  When I'm not working on a project, I dedicate at least an hour a day to coming up with ideas and writing them down.  The key there is that I'm writing them down.  Anyone can sit in front of a television (hereafter called the "Great Enemy") or the X-Box (hereafter called the "Great Time-Suck") and claim to be coming up with ideas. But the act of writing them down is important.  Putting fingers to keys, putting butts in writing chairs, gluing eyes to the page, these are things that every writer must do daily.

Think of it in terms of an athlete.  To do the things they do, athletes must train.  They must give their muscle memory.  They must stretch and build and develop a routine to make them stronger, faster, and tougher.  Repetitive strikes.  Repetitive running.  Work a technique until it becomes second nature.  In MMA, we drill ground defenses until they become instinct.  We drill combinations until they become reflex.  If you slack off in your training, your muscles atrophy.  Your abilities slow.

In terms of writing, your imagination, your typing skills, are just like any other muscle.  You must use it, feed it, exercise it every day or it will atrophy.  At my peak, I could type 92 words a minute.  Now, I'm down to about 75.  Why?  Because I let two years go by.  Do I regret them?  No.  I spent the time doing exactly what I needed to do.  But now it's time to get back in the gym and pound my mind back into shape.

But, I can hear you say, fighters and athletes take breaks, right?

Sure they do.  After the big fight or post season, they're entitled to take a break.  MMA fighter Chris Leiben trained for six months for a fight, watched his diet, won his fight, and then ordered a large pizza and binge-watched his favorite shows that he missed.  There's nothing wrong with that.  For you, the writer, the time to take that post-season break is after the novel is done.  After it's been proofed.  After it's been shipped off to the agent.  After it is out of your hands.  And, believe me, you'll need a break.  But don't let yourself go for more than a month before sitting down at your writing desk and starting again.  Ask anyone who has let themselves get out of shape.  Getting back into shape is hell.