A Few Words on Agents

Writers depend on a lot of people to do their jobs. Sure, the actual writing part of it may be a largely solitary endeavor, but once the first draft is done, we need help. We need our beta readers, critique partners, editors, significant-others, and a host of others to help us achieve our collective dreams of getting on the NYT Bestseller List, and eventually conquering the world. And one of the most important people to that process can be your agent.

It's said a good agent can make an author's career while a bad one can surely break it. Sage advice. So here's me, you're good-old-uncle Scott, to let you know what an agent actually does, and how to tell the good ones from the bad ones.

What an Agent Does
A common misconception is that agents are the keys to success, and that once you've landed one, you're on your way to international fame (and world domination). Not true. The real key to success is still your own manuscript, hard work, honing your craft, etc. And once you've landed an agent, the publishers are not going to come knocking on your door waving suitcases full of cash and offers of possibly unethical and immoral favors. Sorry to destroy the fantasy, but that's just not how it happens.

What an agent actually does, however, is an insane amount of work that you will probably never see. Their job is to sell your manuscript, sure. But it goes beyond that because an agent does things that you, the writer, can't do. First thing's first: The agent takes your manuscript, evaluates it, then gives you notes on how to make it more marketable. For some, that's line-editing. For others, it's a "keep-or-crap" mentality. It's their job to know what's trending, what sells, and who buys the most of it.

Once the manuscript is ship-shape (or shit-shape, depending...) they start the arduous process of submission. Y'know how many publishers put a clause in their submission guidelines that say "3-6 months reply time" or something of the like? Yeah... Agents aren't immune to that. Editors get gobs of manuscripts every day, and it takes time to weed through them all. And, if you send your manuscript in, you have to sit patiently and wait for the rejection letter to come in the mail before you send it out again. But the agent can do a little thing that you can't do: NAG. My agent is the queen of the nags. If she thinks an editor has had a manuscript for too long, she has no qualms about sending out the nagging e-mail. Just a gentle "hey, did you read it yet?" or something of the like.  Now, if you or I try that, our manuscript will never get read. But the agent? Yeah... it's in her job description, and the good ones?  They are damned good at it.
Not only that, but they can get your manuscript in front of editors that you can't. Take a look at many of the biggest publishing houses' submission guidelines and you'll see the phrase "agented submissions only." Why? Because everyone thinks they can be a writer. Everyone thinks their story is the one that will change the world. and, frankly, everyone is wrong. It takes skill, education, and determination to be a writer, and not a small amount of blind stupid luck. The agent acts as a gate-keeper to these publishers. "I've read this work," says the agent. "And I certify that the person who wrote it isn't crazy, untalented, or illiterate." The editors take the agent at her word.

Acceptance isn't the end of the agent's job either, hoo no. The agent's job is to act on the behalf of the author. Negotiation is key here. What do you think a writer gets when his book gets sold? An advance, right, along with a percentage of the book sales? Sure.  But there's more.  The agent is there to negotiate how much of an advance the writer gets, as well as how much of a percentage he gets. See, the advance is a lump-sum payout based on how many books the publisher thinks the writer can sell.  It's an advance against royalties. But that's not all. How many copies of the book in question does the writer get to distribute as he sees fit? Bet you didn't think of that one. See, when we go to conventions, signings, car-washes... We need to be able to give away or sell copies of our book to build our audience. The agent negotiates that number. In fact, the agent negotiates every aspect of the contract. Why? Well, it's in the agent's best interest. See the agent doesn't get paid until you do. 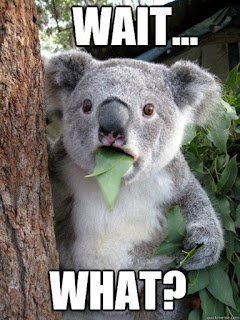 Good Vs. Bad
So how can you tell the difference between a good agent and a bad agent? Glad you asked. There are lots of ways to tell if an agent is legit or not.


Other things you should know...
So how do I find an agent?
I know several ways, and they all boil down to the same technique: Query, wait, lather-rinse-repeat. Ah, but how do you find the right agent? Well, that's a bit more complicated, though less of a mystery.


But do I really need an agent?
Yes. And no.

If you're looking for mainstream success with one of the major publishers, then yes. You absolutely need one.  If you're content to send your work to smaller publishers or to self-publish, then no, you don't. It depends on the kind of writer you want to be and what your goals are. My goals are to publish in the major markets and live next door to Stephen King and become recognized as the dark entity of evil that I like to pretend to be, but that my wife and kid refuse to acknowledge me to be.

The point is, it's up to you. Agent, no agent, it's your choice. I love mine, though. And that says a lot.